A historic person served as a model for “Chingachcook, the last Mohican”. The hut he inhabited was in Shekomeko, now White Plains, NY.

Our project “Manhattan Connection” explores the turbulent history between the German Moravian Church and the Delaware Indians in the United States and Canada. We follow members of the Delaware or Lenape tribe on a trip to Germany and the Czech Republic, where they trace the history between their ancestors and the Moravians. We will bear witness as these two cultures re-unite after more than a century apart, to review and discuss their shared history and many of the sometimes-tragic events of their past.

On the Delaware Nation reserve,in the Canadian province of Ontario, traces of German missionaries and colonial history can still be found. At the same time, at the Museum of the Moravian Church in Upper Lusatia, Germany, here is cultural evidence of the Delaware from several centuries to be discovered.

Our film documents the encounters between these two cultures; between the past and the present, providing answers to questions never asked before. Why did the Moravians travel to America? How did the Delaware experience proselytizing at the hands of the missionaries and how did the missionaries experience evangelism? What meaning does the history of the mission have for the Delaware and the Moravians today? What was left unsaid after all these years? What traces of cross-cultural influence can be found today? What would a joint debate between these two groups today, sound like?

In the mid-18th century German missionaries left the Moravian town of Upper Lusatia and the Wetterau, and headed to North America in order to evangelize the indigenous population there. Soon, their mission focused on the Delaware, all themselves Lenape who lived at that time along the Delaware River in Pennsylvania. Originally this tribe came from the East Coast of New Jersey and New York, where they lived in widely distributed groups, but increasing pressure from European settlers pushed them further and further west. In the following years, the Moravian missionaries and their Delaware followers built many mission settlements, or Moravian Towns, where they strived to convert the Delaware to Christianity and accustom them to a European lifestyle with agriculture and permanent settlements.

For many years, Indian tribes in the Americas sought mission settlements – until the American Revolutionary War changed everything. The Delaware, living in the mission settlements, were caught in the crossfire of the English and the Americans. The British suspected the missionaries and the Delaware living with them to be American spies. They captured them with the help of their allies, the Wyandot, and dragged them in the winter of 1781 to the upper Sandusky River of present day Ohio. Hunger drove some of the  converts in March 1782 back to the abandoned settlements because they hoped to find some of the crop left behind. American troops under Colonel David Williamson, tracked them down and killed 96 men, women and children cruelly. This event would change the relationship between the Lenape and the Moravians permanently, as the missionaries were accused of having delivered the Mission Indians to the soldiers.

Under the protection of the “Indian missionary” David Zeisberger, the survivors came to what is now Ontario, Canada and founded Fairfield, in 1792. However, less than 25 years later, the town would be burned to the ground by American troops in 1813. The village and the mission station was rebuilt as “Moraviantown”, which continues to be the community’s name to this day.

Today the descendants of the Mission Indians, who fled together with Moravians from the troops, still live in Moraviantown. The Moravians gave up the mission station in 1902. They left behind many legacies like tools, bibles and clothes that are on display in a museum near Moraviantown . Since the departure of the missionaries, there has been no exchange between the Moravians and the Delaware. The Impact of colonialism has been devastating for the Delaware, but the Nation today is beginning to see the return of many of their traditions and life ways for future generations.
Many questions have not been answered for generations. Members of the Delaware Nation who will be travelling to Germany are eager to find more answers to questions about their past through dialogue with German historians and research in the Moravian Church archives. “Manhattan Connection” accompanies this search of discovery and reconnection for both the Delaware and the German People

The island of Manhattan was once part of the settlement area of the Delaware. To date, a stone monument recalls how the Delaware sold this island to the Dutch businessman Peter Minuit. Our journey begins with the German pastor Werner Schneider-Quindeau from Frankfurt, who starts his search for the history of the original inhabitants of Manhattan in New York. He discovers that some of them survived the expulsion as “Moravian Indians”. Schneider-Quindeau sets out to search for their descendants today. More than 500 miles (900km) north, nestled in a beautifully-forested community, he finds Chief Greg Peters and members of the Delaware Nation at Moraviantown, who trace their ancestral lineage to Manhattan and the eastern seaboard of what is now the United States.Schneider-Quindeau and Chief Peters embark on a road trip together to Herrnhut in Upper Lusatia,Germany, and further to Moravia in the Czech Republic, to unveil a never told German-Indian history of flight, expulsion, mission and cultural conflicts. Manhattan Connection is a film about a long-forgotten encounter in the here and now. 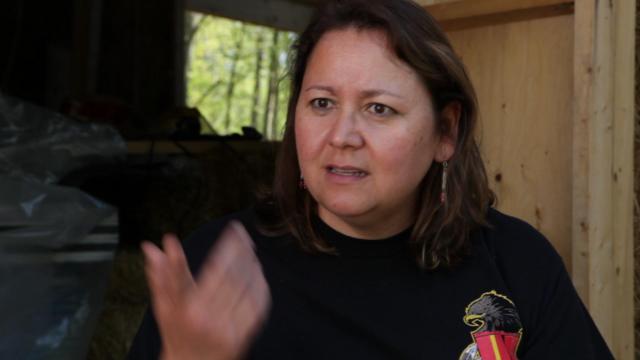 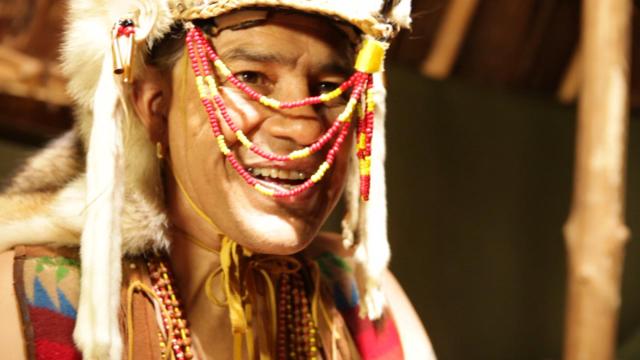 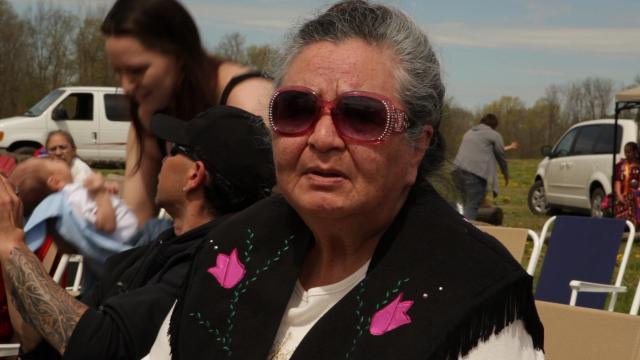 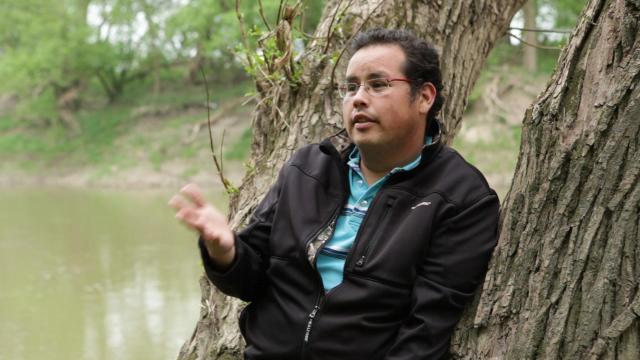 Dr. Sonja Schierle, Curator for the Northamerica-collection of the Museum of Ethnology (Linden-Museum) Stuttgart and  Henrike Narr, Politikwissenschaftlerin und Bildungsreferentin bei der Heinrich-Böll-Stiftung Baden Württemberg, talk about the planned events with the Lenape (Delaware) in November 2015.

Radio Corax: From May on monthly broadcasts in the program “Mitakuye Oyasin” 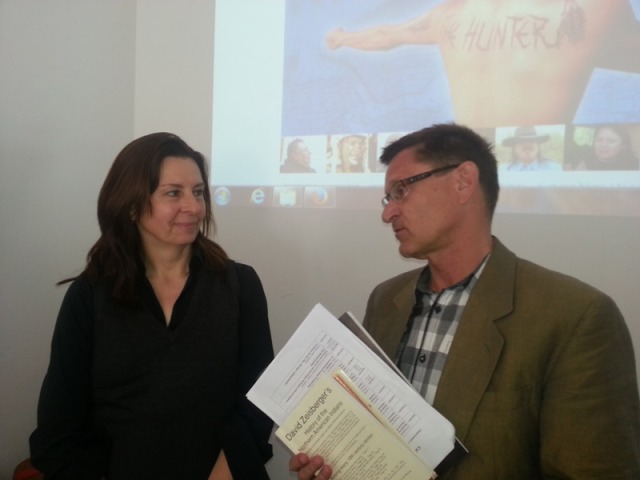 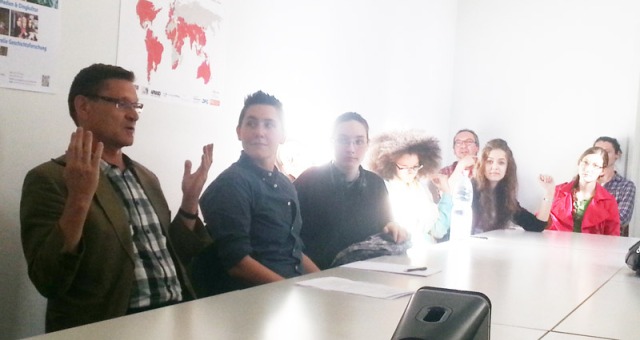 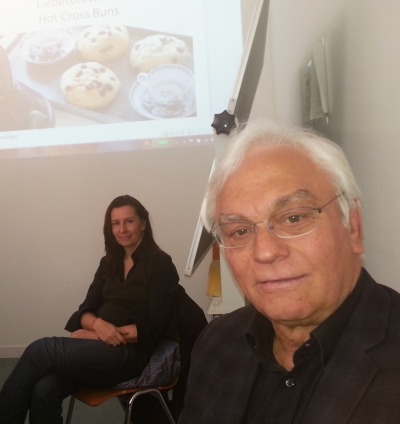 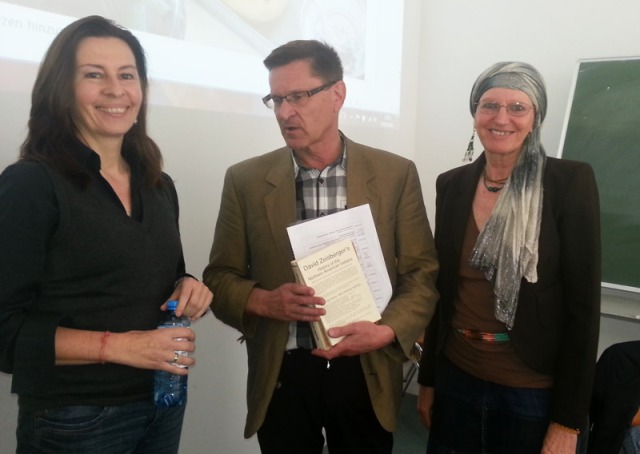 Radio Corax: From May on monthly broadcasts in the program “Mitakuye Oyasin”

The journey of the Delaware is panned for the 9th-27th of November 2015. The locations where events take place, are:

In preparation of the project we have already set out on the trail of Herrnhut and the Karl May Museum in Radebeul. The Moravian Church is still active today. Its center is located in Herrnhut in Upper Lusatia, but also on the Herrnhaag in the Wetterau there is a small community. 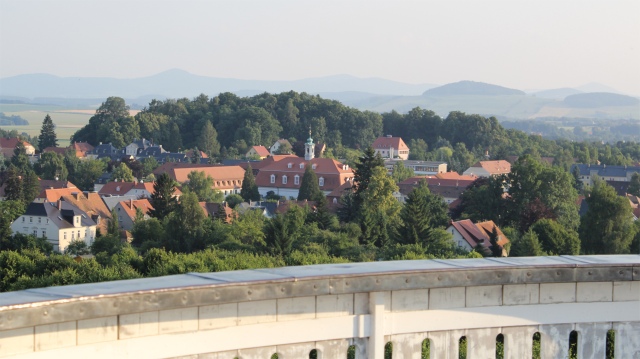 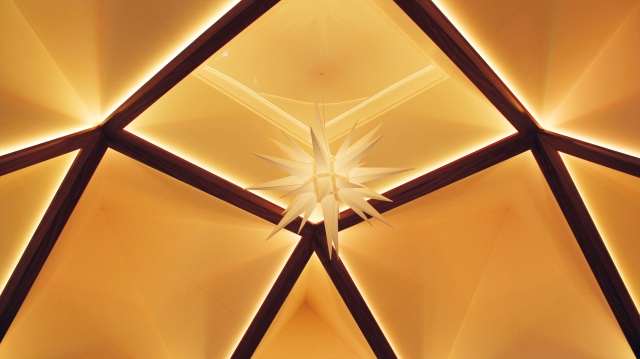